A coco-loco choco-nutty triple layered cake to go crazy for, actually literally seriously. Thjs one takes a little more effort as it involves baking two types of cake (eek!!), but I absolutely promise you that it’s worth it. I’ve even laid out how you can best order each step of the recipe, so that preparation and baking are seamlessly coordinated. As your knife glides through this elegant monster, guests will ooh and aah as you reveal what’s inside… An incredibly soft, moist layer of coconut cake nestled between lashings of velvety chocolate cream cheese frosting, kept safe in the rich embrace of 2 fudgy chocolate cakes. Cover the whole thing in more chocolate cream cheese frosting and crispy coconut flakes, and you’re in foodie heaven. It’s the love child of a classic chocolate cake and a Bounty bar, and it’s all yours if you’re up for a couple of hours of baking bliss! 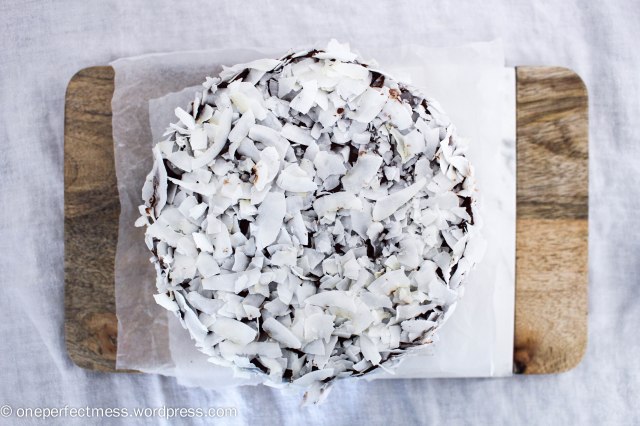 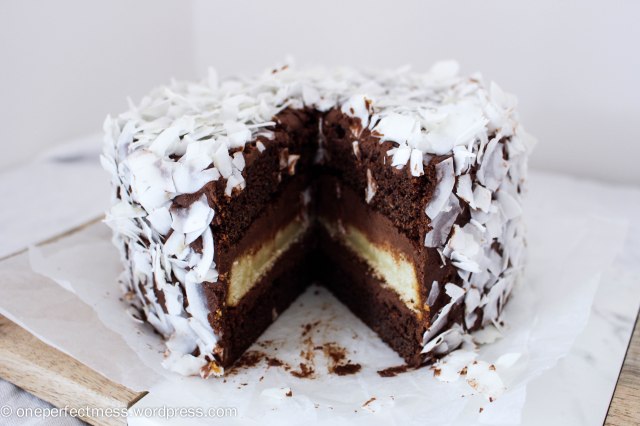 Coconut Cake, adapted from this recipe

Store cake covered and refrigerated for up to 5 days.

You can prepare the cake layers in advance, cover and freeze for up to 8 weeks. Bring the layers to room temperature before frosting the cake.